The public performance was attended by about 60 people who watched the production of a painted canvas portraying the band Shy Robyn as they played for approximately 1 hour.

The idea was to transform the artspace into a Melbourne music venue bringing the city to the regions.

Photos by Will Kulich of Newspaper Baw Baw Warragul Citizen and Bones Mackinnon, with thanks. 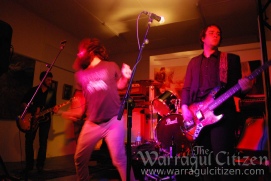 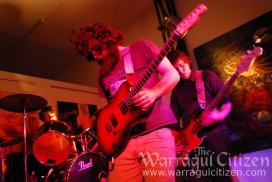 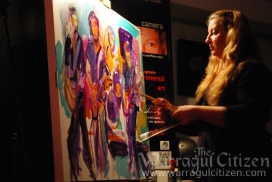 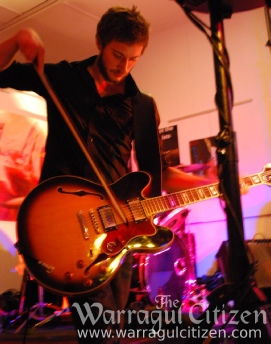 Founder and producer of local newspaper